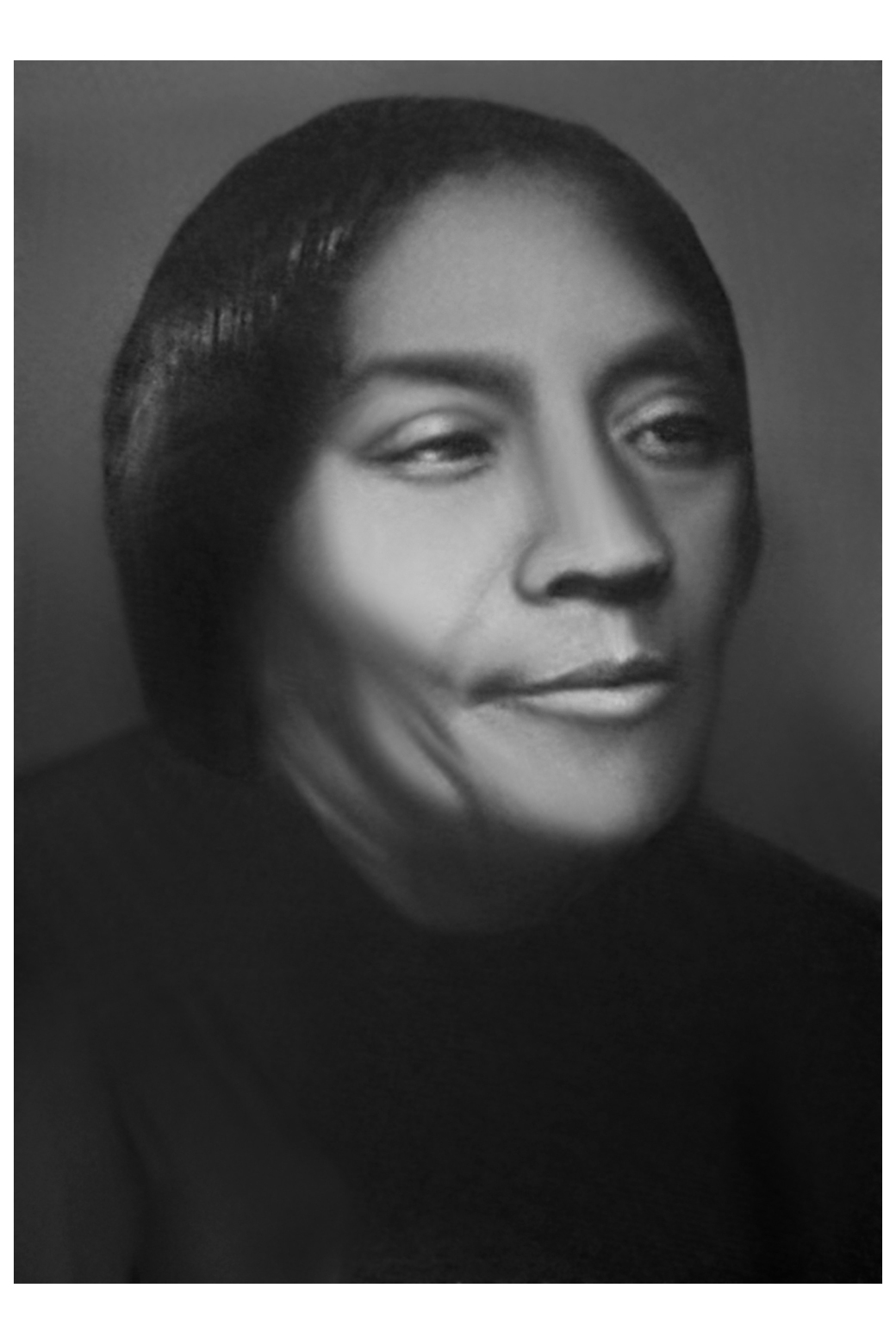 Fannie Kate Glanton was born on March 16, 1885 in Cedartown, Georgia.  She was one of eleven children born to the union of Burt and Magdelene Glanton.  Two of her siblings were Isom Glanton and Ora Glanton.  Fannie was not allowed to attend school because of her race.  Having no formal education, she was unable to read and write.  The only education Fannie obtained was the knowledge passed on to her from her parents and inner circle of relatives and friends.

On March 8, 1907, Fannie gave birth to a daughter.  The daughter was given the name Margaret Evelyn Pryor.  This child was sired by a white man named Jack Pryor.  The circumstances surrounding the pregnancy and the birth of her daughter are unclear.

On June 2, 1907, Fannie was united in holy matrimony to Henry Richardson in Polk County of Cedartown, Georgia.  The ceremony was performed by Rev. J.G. Gibbs.

Due to an alleged conflict with some white people, Fannie and her family uprooted and moved to Indianapolis, Indiana in 1917.  They settled in a house on the southeast side of Indianapolis, Indiana at 1323 Golay Street 46203.  Fannie went about her duties as a homemaker while her husband Henry worked in a factory and maintained gardens to support the family.  Though she was unable to read and write, Fannie was an elite cook.  Fannie always cooked every meal from scratch.  Fannie’s cooking skills were unmatched.  If Fannie had been able to read and write, it is possible she could have written a cook book which could have been a number one best seller.

Fannie joined New Garfield Missionary Baptist Church and was a faithful member.  One of Fannie’s favorite pastimes was sitting in her rocking chair and smoking a corn cob pipe while humming a religious hymn.  Fannie’s favorite hymn was “Near the Cross.”

According to the 1930 U.S. Census, Fannie’s brother, Isom Glanton stayed as a border in her home.  It is not known how long he stayed or why he moved in with her.

On November 19, 1948, Fannie’s husband Henry passed away from cardiovascular disease.  In the early 1950s, Fannie’s home at 1323 Golay Street was sold out from under her without her knowledge or consent by her son Ralph W. Elwood Richardson.  This phenomenon is known as taking advantage of and stealing from an elderly family member.  This offense was made possible due to the inside connection of blood relationship, which was a direct breach of family trust.

When Wilson could no longer meet his mother’s medical and physical needs, the family agreed that Fannie would move in with her daughter Alice Ruth.  Alice Ruth lived at 411 North Arsenal Avenue, Indianapolis, Indiana 46201.  Fannie’s main care givers at this time were her daughter Alice Ruth, her sons:  Moses, Wilson, Wesley, Clarence and grandson James A. Stockton.

When Fannie grew older and weaker, the family agreed to move her in with her oldest son Moses.  Her daughter Alice Ruth did not have a downstairs bedroom and Moses had a bed and bathroom available at street level.  Moses’ home was located at 3024 Cottage Avenue, Indianapolis, Indiana 46203.

It came to a point when no one in the family had the medical skill to meet Fannie’s 24 hour a day 7 days a week medical needs.  The family agreed to place Fannie into a nursing home.

While in the nursing home, Fannie told her grandson James A. Stockton, “Tell Clarence to look out for his brothers Wesley and Ralph.”  Though she was on her death bed, Fannie knew which of her sons needed to be cared for and which one was the most dependable.

Fannie Kate Glanton/Richardson passed away on February 15, 1977 at the age of 91 years and 11 months.  Fannie’s cause of death was bronchopneumonia (pneumonia follow by a stint of bronchitis), uremia (when waste normally excreted in urine is retained in the blood stream) and senility (physical and mental decline due to old age).  Fannie’s funeral was arranged by her daughter Alice Ruth and sons Moses Sr., Wilson, Clarence and grandson James Stockton.  Her final affairs were settled by her daughter Alice Ruth.  Fannie was laid to rest in New Crown Cemetery located at 2101 Churchman Avenue, Indianapolis, Indiana 46203.  Fannie was loved and cherished by her entire family.